“Row Row Row a boat gently down the stream…” goes the famous nursery rhyme that each and everyone has grown up listening to. A ride on a raft, canoe, or even a catamaran is the most pleasurable highlight of any vacation or camping trip. Grandparents to toddlers, everyone enjoys a boat ride the most. That is one of the reasons for many families to buy their own craft which they can use at their convenience.

The most popular vessel with families is the top-rated inflatable boat because of its versatility and ease of use. These crafts can be used either for fishing or for more adventurous sports like white water rafting, kayaking, and scuba diving expeditions. The military uses these for water rescue and guerilla warfare; the lifeguards use them as well.

Why are inflatable boats popular?

The reasons why these crafts are very popular with the masses are:

Enough has been said about these amazing vehicles but do you know the history behind this invention?

It is believed that our ancestors have also used a primitive version of these rafts several centuries ago. It is documented in the history books that the Persians and the Assyrians had inflated animal skins and used them to cross water bodies.

Even in ancient China during the Ming dynasty, there are references to the use of animal skins to cross rivers. These skins were expanded by blowing into them by mouth

Animal skins obviously don’t match up to the versions that we know today. The present-day models use better quality fabric, adhesives, and engineering to enhance their utility and durability.

Evolution as it happened

The vulcanization of rubber has led to the use of rubber in several industries and in the manufacture of various products including these boats. The very first vessel was designed by Lieutenant Peter Halkett, an officer in the Royal Navy. He used a Mackintosh cloth which served the dual purpose of a cloak and a one-man raft when inflated.

Further advancements in the methods of rubber manufacturing lead to the production of a circular version that needed only paddles to help them move. This century saw the birth of two of the giants in this industry:

The development of rubber-coated fabrics saw another leap in the evolution of this invention. A French airship manufacturer Societe Zodiac started manufacturing inflatable rubber boats. They invented the first inflatable kayak and catamaran in 1934. Several improvements to this design led to the production of a more usable version.

Similar to Zodiac, RFD was an airship manufacturing company in Britain; its owner Reginald Foster Dagnall designed the first expandable boat using rubber-coated fabric. He went on to manufacture life rafts and life jackets. The potential of these crafts to save a life was recognized by the British Air Ministry and RFD was given the contract to build more such vehicles and jackets.

After World War II rapid advancement in science and technology led to the emergence of resilient, durable, and sturdy synthetic materials like neoprene and Hypalon.  Regular nylon fabrics were coated with these new synthetic materials to withstand the harsh climate, seawater, and UV radiation. There was also the development of better quality glue used in manufacturing these vessels.

Till the end of the world war, these crafts were primarily used for military purposes. After World War II the civilian use of this mode of transport increased manifold. This led to the development of the associated industry in a big way. In fact, many surplus crafts were sold to the public after the war.

The forerunner to the present day floats is the vessel designed by Pierre Debroutelle in 1937. He built a U-shaped carriage that had two buoyancy chambers held together with a wooden transom (horizontal beam between two structures). He patented it in 1943.

Present-day versions are much lighter and more flexible than their predecessors. The use of PVC, Hypalon, and vinyl has brought the weight down significantly. With further improvement in the material and manufacturing techniques, the future for this invention looks bright. Today there are several types of crafts in the market.

These boats are really easy to carry objects because you just need to roll them up and stuff them into a bag. They can be either with slats or without slats; slats give more rigidity to the bottom. Maneuvering these crafts requires some skill. The main features are:

These floats come with paddles or oars. The entire piece can be packed into a bag that is as small as a golf bag.

All these additional features add to the performance, speed, and stability of the boat.

The RIBs offer you the best of both worlds: the required stability of conventional types along with the shock-absorbing features of the expandable tubes. These boats most often have fiberglass or solid V bottom making them immensely stable and strong. These vessels can’t be launched like the other version anywhere; they need a platform or have to be towed to be used.

Advantages of the RIBs:

Inflatables have come a long way from goat skins to vulcanized rubber to neoprene; today there are boats that are almost 45 feet in length. With further advancements in the methods of manufacture, damage-resistant coating, better sealant, and glues, inflatable gear will be in greater demand. So be it for recreational use on the lakes and the rivers or for more adventurous trips, inflatable boats are irreplaceable.

And during all your trips do spare a thought to the very first inventors of these versatile boats that give you so much pleasure today. 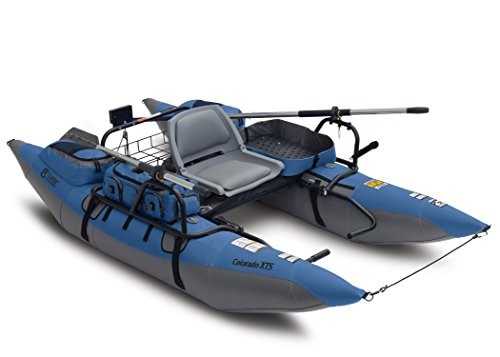 Last Updated on June 1, 2022 by Brian Drew Because of advances in design, materials, and technology, inflatable boats…

Last Updated on June 2, 2022 by Brian Drew Inflatable boats are lightweight boats where the sides and the…